AliExpress is one of the best places on the internet to find cheap but reliable tech. Thanks to China’s top-notch manufacturing systems and their access to all kinds of cost-cutting techniques – from cheap labor to backwards research and development that helped make the Chinese clone market the beast that it is today – AliExpress is a top destination if you’re looking for cheap tech that works.

Of course, thanks to AliExpress’ dedication to low prices, it also has a quite a reputation for selling inferior goods. While most buyers are often satisfied with their purchases, poor quality control and mass manufacturing methods mean that you won’t always get the same quality that others rave about.

Should I Buy a Gaming PC on AliExpress?

With AliExpress solid track record for cheap but effective hardware, the question remains: would it be worthwhile to buy a gaming PC on AliExpress? After all, gaming PCs are solid investments. The fact that they’re oriented towards gamers typically means that gaming PCs need higher-end components to be effective. We’re talking fast CPUs and powerful GPUs, paired with high-speed RAM in outlandish quantities, among other things. Would it be wise to get a gaming PC – even a value gaming PC – on AliExpress?

As long as you know what you’re getting – as long as you’re familiar with tech specifications and perform your due diligence when buying any kind of tech online – whether it’s on AliExpress or elsewhere – then there’s no doubt that you’ll be able to find a top value gaming PC on AliExpress. Fortunately, we’re here to help smoothen the process.

If you’re looking for the best bang for your buck when it comes to buying a Gaming PC, then AliExpress is a great place to look. However, in your search, you’ll soon find that while there are plenty of quality options on the China-based platform, there are also some less-desirable products that offer inferior quality for their price tag.

We’ve sifted through the thousands of gaming PCs available on AliExpress to bring you this curated list of the best value AliExpress gaming PCs you can get your hands on right now. Read on to find out more:

HYSTOU Monoblock Desktop 23.8in All in One PC

When it comes to affordable, top-value computers and computer hardware on AliExpress, one brand that’s never far from the public eye is HYSTOU. They make some of the best and most affordable computers you can find on AliExpress, just like the HYSTOU Monoblock Desktop All in One PC.

With a solid 23.8 inch display and a tiny 2mm bezel, this All in One PC from HYSTOU is a great option for when you need mid-range power and performance at a budget price tag. With a choice between 4th Gen and 5th Gen Intel Core CPUs from the i3, i5, and i7 lines, the HYSTOU Monoblock Desktop offers superior performance whether it’s for work or gaming. With 8GB of DDR3 RAM and high-speed mSATA SSD storage, the HYSTOU Monoblock Desktop delivers excellent entry-level gaming performance, and the best value for the price.

That said, the lack of a dedicated GPU helps keep this computer priced nice and low, but it may struggle with modern titles especially at higher graphics settings. As a gaming PC, it’ll still deliver solid performance, just don’t expect jaw-dropping graphics from the moment you switch it on.

Get your HYSTOU Monoblock Desktop All in One PC

Another great option from HYSTOU, the Mini Gaming PC F7 looks and feels like a traditional mini PC, but this time it’s packed with higher-end hardware that’s tailor-made to cater to the needs of even the most demanding gamers.

Powered by the 8th Gen Intel Core i9-8950HK CPU that’s overclocked for maximum performance, the HYSTOU Mini Gaming PC F7 is a superb, cost-effective PC that offers plenty of power for both gaming and work. If you have a higher demand for graphics processing – let’s say you like playing the latest AAA titles, stunning graphics, or you do lots of image and video work – then the HYSTOU Mini Gaming PC F7 also delivers superior performance thanks to the recent NVidia GeForce GTX 1650 GPU that comes built-in to the PC.

That said, the NVidia GeForce GTX 1650 is by no means a top-of-the-line GPU, but at this price range, you’ll get no better value anywhere else than with the HYSTOU Mini Gaming PC F7. In terms of upgradability, this value AliExpress Gaming PC can be outfitted with up to 64GB of DDR4 RAM, dual storage options for both SSD and HDD, and M.2 Mini PCIe connectivity for Bluetooth and Wi-Fi. Plus, its fanless design lends itself well to 24/7 operation, meaning your gaming sessions can last as long as you can, and even longer.

HYSTOU All in One 27in Gaming PC

It’s hard to emphasize just how good HYSTOU is at making top-notch and top-value computers – for gaming or otherwise – but we hope we’re getting the message across by including the third consecutive HYSTOU-made gaming PC on this list. This time, it’s the 27in All in One Gaming Desktop from HYSTOU, and unlike its smaller 23.8in cousin, this PC is a beast – both in terms of size and sheer gaming performance.

The monitor offers a best-in-class 1080p resolution with an ultra-wide viewing angle thanks to the high-quality IPS panel used in the display. Depending on the configuration you get, this gaming PC can come with up to 32GB of DDR4 RAM, up to 1TB of high-speed SSD storage, and up to 2TB of reliable HDD storage.

Get the HYSTOU All in One 27in Gaming PC

When you’re looking for a traditional desktop PC – not an all-in-one, not a mini PC – then the one that comes highly recommended on AliExpress – both for value and sheer performance – is the Devision-brand Ultimate Gaming and Workstation PC. Built to the highest standards with the optimal components at this price range, Devision offers one of the best value AliExpress Gaming PCs you can get your hands on today.

Opting for Intel’s high-performance workstation CPU, the Intel Xeon E5-2689 with 16 CPU Cores, you can expect this PC to deliver high-end computing performance that tops even that of the high-end 9th Gen Intel Core i7 CPUs. For graphics, the Devision Ultimate Gaming and Workstation PC comes with the world-famous NVidia GeForce GTX 1080 GPU that five years after it launched, still delivers some of the best graphics processing performance you’ll find outside of NVidia’s modern line-up.

With 64GB of DDR3 memory from Samsung, you can rest assured in the high performance capabilities of this PC, for work, gaming, or both at the same time. It also comes with a high-speed 1TB NVMe SSD, for the smoothest performance and unparalleled loading times for your games and apps.

In terms of interfaces, the Devision Ultimate Gaming and Workstation PC comes with a single HDMI port, three DisplayPorts, one DVI, a total of eight USB 2.0 ports, and a total of 3 USB 3.0 ports for modern connectivity.

Get the Ultimate Gaming and Workstation PC now on AliExpress.

Since we don’t believe that ‘value’ necessarily means ‘cheap’, we’ve included in our list this super high-end Water-cooled Gaming PC from KOTIN. Despite its $3000 price tag, we think that this PC is one of the best value offerings available on AliExpress, especially considering the latest and greatest PC components that went into it.

Powered by the 10th Gen Intel Core i9-10900K, overclockable for maximum performance – and the NVidia GeForce RTX 3080 OC with 10GB of GDDR6 RAM – quite literally the most powerful graphics card ever made for the consumer market – this gaming PC is a beast and a beauty to behold.

The custom water cooling solution offers best-in-class thermals – which at this point are just about necessary considering the super-powerful components inside. It comes with 16GB of Corsair DDR4 RAM operating at 3200Mhz, and the Western Digital Blue 1TB HDD offers plenty of speed and storage – though you might want to upgrade to an SSD when you get this gaming PC.

Get the KOTIN Water Cooled Gaming Desktop now on AliExpress.

Whether you’re looking for an entry-level desktop for your gaming and work needs, or a high-end beast that’s capable of everything you throw at it, there’s plenty of value to be found on AliExpress. We hope you found what you were looking for right here in our list of the Best Value AliExpress Gaming PCs!

Smartwatches from China that wow 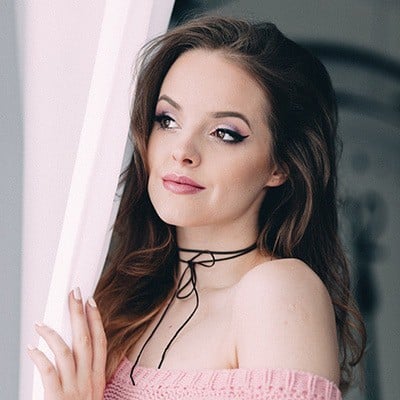